Two days from election day, Liberal Leader Iain Rankin’s peek-a-boo campaign hit an absurd new level today when the Party’s own president didn’t even mention his own leader’s name in a message to Liberal Party supporters.

In a 135-word message asking for support from Liberals, Party president Joseph Khoury did not mention Iain Rankin’s name a single time.

“I have been involved in politics my entire life and I can’t remember a time when two days before an election, a political party is hiding the name of their own leader from their own supporters,” said Cameron MacKeen, campaign co-chair of the Nova Scotia PC Party.  “It just goes to show how even top Liberals are lacking confidence in Iain Rankin’s weak leadership.”

This past week, unlike other Party leaders in the final week, Iain Rankin frequently avoided questions from media, didn’t tell media and others where he was going and fled his own events when faced with protestors and media. Under questioning from a reporter on Friday, Iain Rankin’s team said they didn’t know where he was and didn’t understand questions about why he was avoiding the media.

“Our leader Tim Houston has been available to voters and media each and every day of this campaign, talking about his solutions for Nova Scotians and making fixing healthcare the number one priority of a PC government,” said Tara Miller, campaign co-chair for the Nova Scotia PC Party. “As healthcare is in crisis under the Rankin Liberals, Nova Scotians need to ask why is Iain Rankin going to such great lengths to hide from hard questions?”

Nova Scotians can vote for the only leader and the only party making healthcare a priority by voting for any one of Tim Houston’s 55 PC candidates Monday and Tuesday. 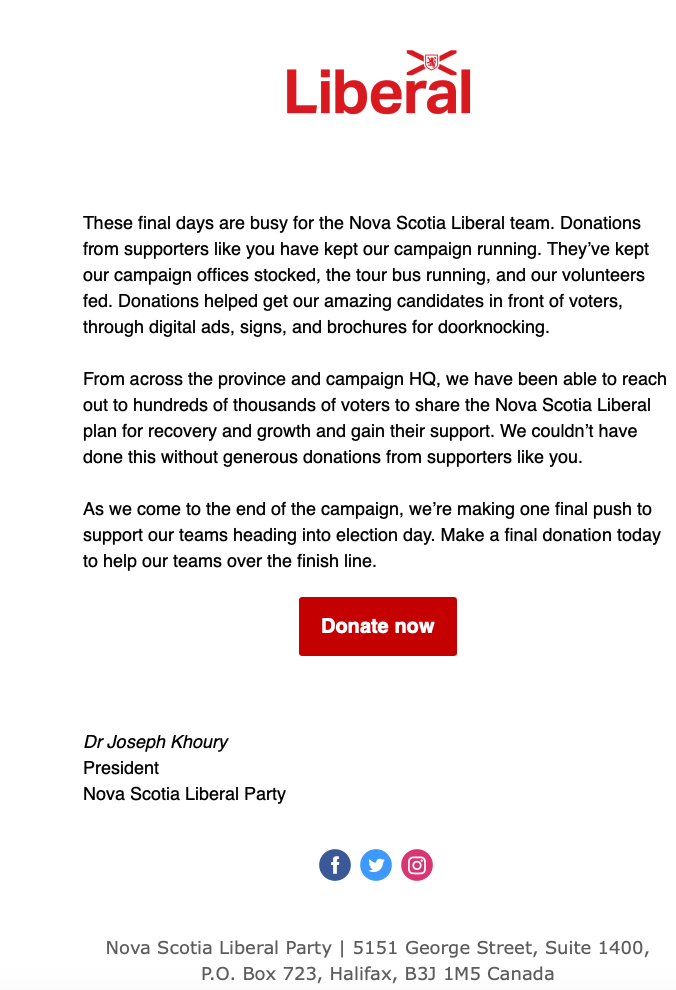