Today, the Liberals and the NDP refused to stand up for Nova Scotians when they failed to support a PC Motion calling on the federal government not to force a punitive carbon tax which could add 14-cents per litre at the gas pumps. 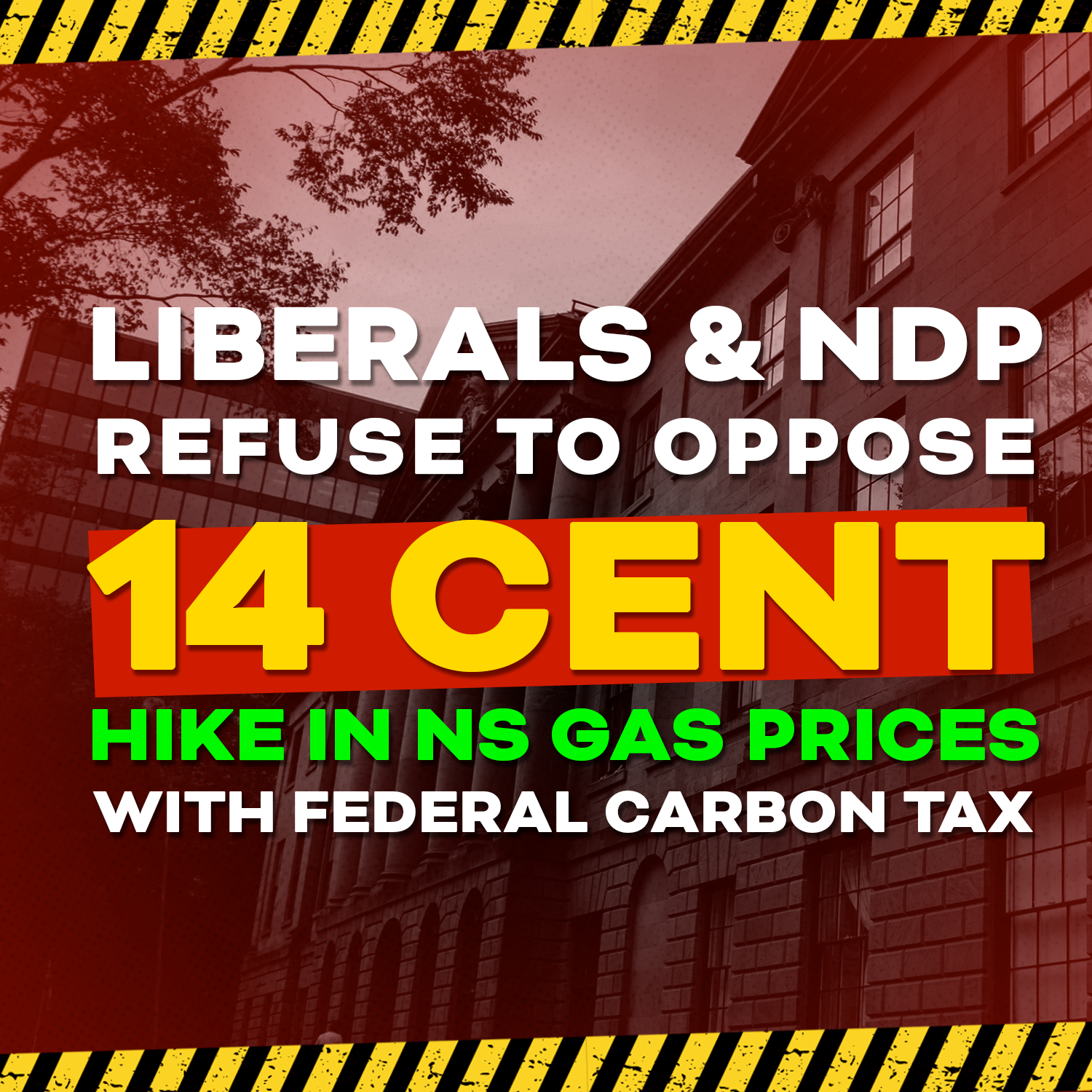 Minister of Environment and Climate Change, Tim Halman, read the motion earlier in the Legislature asking the opposition to join the government in calling on the federal government to recognize all the work Nova Scotia has done in combating climate change.

“Climate change is real, and our government has taken ambitious and concrete steps to reduce the impact of climate change by passing the most aggressive environmental goals in the country,” said Minister Halman. “But now is not the time to force a carbon tax on Nova Scotians. By not standing up against a measure that would push the cost of living higher and inflict real pain on Nova Scotians who must drive to get to work, the Opposition is supporting this 14-cent per litre carbon tax.”

“Families from middle and lower incomes will be disproportionately affected by this tax. It’s disappointing that the Liberals and NDP in Nova Scotia will not stand with us to defend Nova Scotians to the federal government,” said Minister Halman. “We have to do everything we can to protect Nova Scotians. We know that this type of an increase on the price of gas alone will lead to more energy poverty across the board.”

The PC government’s first priority is to ensure that life is affordable, and people can attain and maintain shelter, afford food and support their families. The government will continue to advocate to the federal government that now is not the time for an extra 14-cents per litre.