Nova Scotians must be able to trust that when they call 9-1-1 for an emergency, their information remains confidential.

But two weeks after Frank Magazine published the 9-1-1 audio conversations from the night of the Portapique shootings, the Rankin government has yet to show any meaningful action on sorting out who leaked sensitive information or what they’re doing to protect that information.

“It’s on the government to safeguard information and keep the trust of the public, and the Rankin government failed to do that,” says Tim Houston. “If there is another explanation, one or both Ministers need to stop hiding it from the public.”

Earlier this month, Maguire showed indifference towards the reporter's questions stating: “I wouldn’t say that I’m annoyed” when asked about the leaks. This week, Maguire used his MLA Twitter account to ‘like’ Frank Magazine’s article linking to the leaked 9-1-1 calls from the night of the shooting. (Photo attached below.)

Houston says it appears the Minister isn’t taking his job seriously and that it shows a lack of empathy.

“A Minister responsible for the Emergency Management Office endorsing a leak on social media is unbecoming and speaks to weak leadership where it matters most,” says Houston. “It also shows a lack of understanding of the importance of keeping this information private. If just one person decides not to call 9-1-1 on account of fears over the information being leaked, that is a failure of our system.”

“How can it be that an unauthorized person can get their hands on any 9-1-1 calls? I have yet to see anyone accept responsibility and pledge to take this confidentiality more seriously going forward,” says Houston.

“The families of the victims have the right to know the full details of this tragedy, but we need to have a process that they can trust - not a wild west of leaks.” 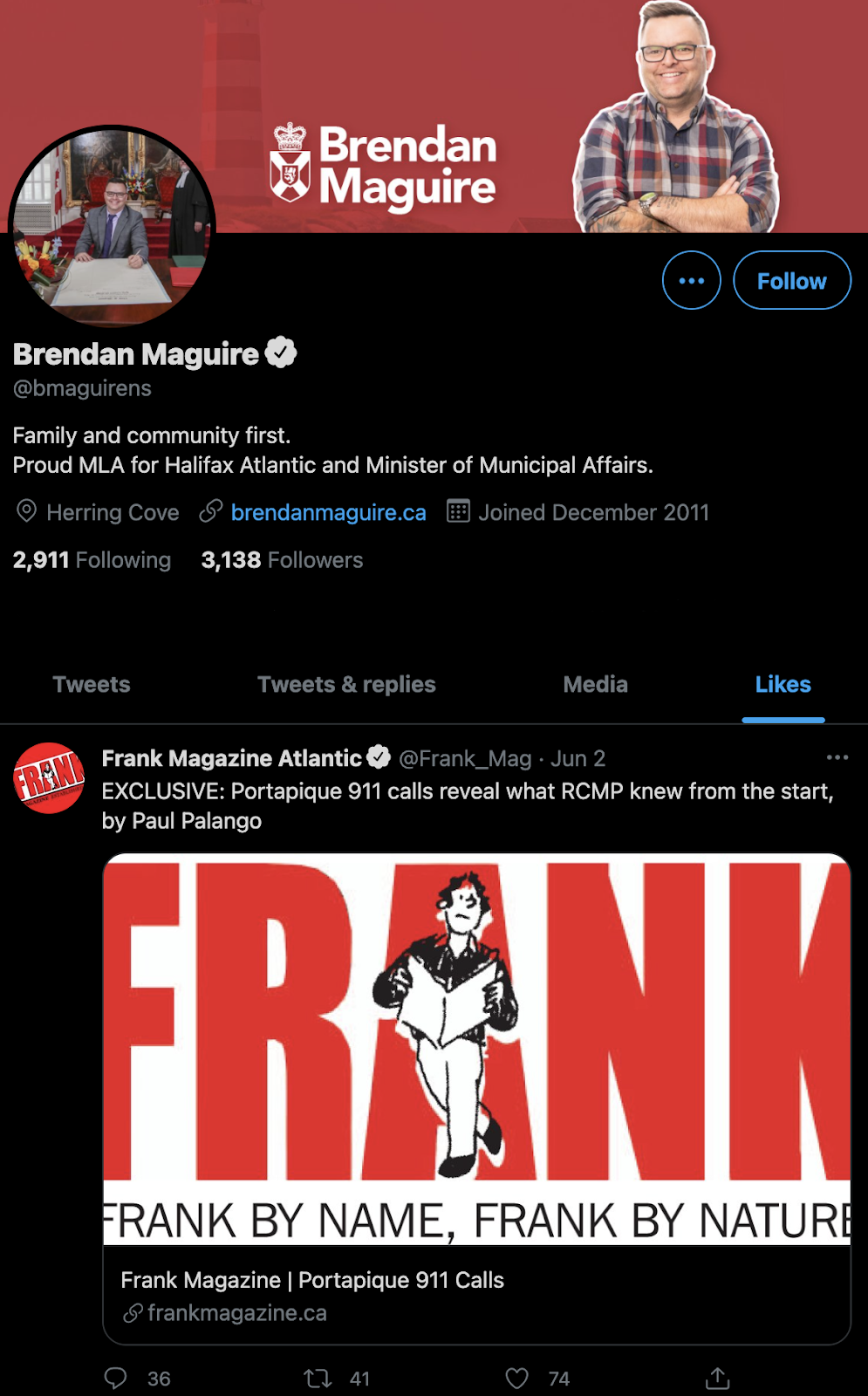